I have always been pro-life (However cliche the terms on both sides of the aisle have become. Rather than being Pro-Life, I think maybe I’ll start claiming to be Anti-Baby-Murder) Anyways, It all probably started at conception with the innate human desire to survive. The childish and simple notion that killing babies is wrong carried into much of my adulthood. At some point though, I did buy into the idea of choice. My go-to statement about abortion was that I would never choose it, I think it’s wrong, but everyone has a right to make their own choices. What a safe, placating statement… no ripples in the water, no offense caused. What hogwash.

Is it ever OK to kill a baby? Hell No. It’s not. Baby’s are innocent. They are helpless. They are precious. They are small humans. They rely on us, the big humans, to protect them.

People can twist the premise of abortion every which way. People can prance around the streets with their big signs proclaiming women’s rights. New York City can light up the night sky in celebration that women can kill their half-born, full grown baby. What the fuck is wrong with people? How can anyone in their right mind think that delivering a baby half way, watching the legs and arms squirm and then sucking its brains out is OK??? 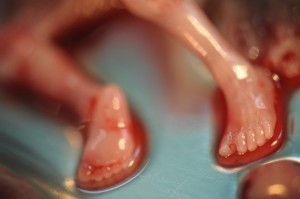 I know there are many people that would argue with me. They would answer yes to that question. Under certain circumstances it is ok to kill a baby. Yet I would bet that there are many more people that just choose to ignore the truth; that choose not to condemn the act of someone else. And that is sad. Abortion is not a victimless action. Silence is a choice with consequences too.

The vagina-hat wearing, man-bashing, women bragging about the children they killed, claiming to be feminists are not feminists at all. A true feminist believes in equality, in women thriving. Killing children does not promote a thriving environment. Killing other females doesn’t really fit the logic of Pro-Woman. We all do recognize that statistically speaking half of those babies we’re killing are fellow 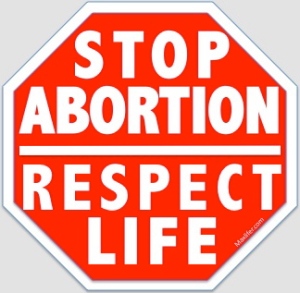 People are embarrassed by Trump’s hair, or his immature tweets. I’m embarrassed that America is celebrating killing babies. That is embarrassing. We should be a country that protects our children. Instead we are killing them, we are celebrating it, we are encouraging people to disregard human life, to devalue it… and we wonder why people are such assholes, that people are shooting others, that suicide is so rampant. When we’re teaching that human life means nothing, why would we expect anything else?

The argument gets muddled… it’s a lot easier to say that you’re pro-choice, that you believe in a woman’s right to choose, rather than saying that you think it’s OK to kill a baby. But be not mistaken… if you stand by ‘choice’… you stand for killing babies.

One thought on “Unabashedly Pro-Life”