Upon a friend’s invitation, I went parousing Bernie Sanders website. He has a very nice website, seriously. It is very functional, very pleasing to the eyes. She sent me some info regarding the concerns I voiced in my post, Run from the Fire, specifically about taxes.

Example One: An anesthesiologist, making $250,000 per year, working over 40 hours per week in most cases, having 12 years of 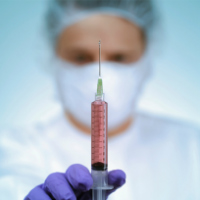 grueling schooling under their belt, and upwards of $536,000 for the cost of their education and residency tuition (this number is a loose figure, but I tried to use public school average. Private school average would be higher)… paying 37% of their income in taxes. So, they work hard, consistently, sacrificing family time, and sometimes possibly their sanity, and doing a job that benefits other people. Ms Anesthesiologist works hard for what she has, and isn’t being supported by the government. What is her ‘fair share’ to pay?

Example Two: An unmarried individual with one child, that dropped out of high school, works on and off throughout the year, paying 10% of their wages in taxes, but ultimately gets more in taxes back at the end of the year than she paid in, thanks to earned income credit. If her income was $1000 per month, in Washington, she’d qualify for food stamps, free childcare, medical assistance, free preschool/headstart, possibly housing assistance, and free phone. What is her ‘fair share’ to pay?

Even though the argument is that everyone should pay their fair share, I think that term is just blowing smoke. I think the real question is… What is the amount someone SHOULD pay to help the greater good?

After all, how can Ms Anesthesiologist’s fair share be so much money when she doesn’t use the services that her taxes are paying for, and that she has made choices in her life to earn the life she lives?

We do need to help those in need, but not enable those that won’t. And then to go a little further… why should you, any politician, or any government agency determine where my charitable dollars go? It is my time spent earning my money… I should decide where it is spent. And you should get to decide where your money is spent too.

If you want to work every waking minute of your life and earn a million dollars… here in America, you can do that! We live in the land of opportunity! And if you choose that route, you should be able to decide where that million is spent.

If you choose to not take jobs that are ‘beneath’ you and stay unemployed, or if you choose to have many babies with many daddies that don’t have jobs to pay

child support… why should you get the reward of someone else’s hard-earned money?

If you are stuck in a bad place, unemployed due to the economy and doing what you can to make ends meet… I would hope you’ve made yourself part of a community that will lift your arms when you can’t lift your own, that will clothe and feed your kids, that will give you encouragement, and help you find a job… and even though I am in favor of a government-run welfare system to help in this situation, ultimately this is the community’s job. We the people, not Uncle Sam.

Unemployment and poverty is a problem. The liberal agenda would lead you to believe that the government increasing taxes and increasing welfare benefits is the only solution. Another platform is to stop enabling, start effectively helping, and encourage people to help each other. If you are voting for higher taxes to help people in your community, I would like to suggest that you look at your personal budget. Are you helping people in your community? Why are some so willing to have the government take more money out of their paycheck to help people, but they don’t even find it important enough to do it now?

Fair Share Shmare. It’s a crock. If you work hard… you should get to keep your money. If you don’t, you don’t deserve anything. That’s what’s fair. If my daughter does all of her chores and gets $10 in allowance, and my son does half of his chores, and I also give him $10… is that fair?

The welfare system isn’t about FAIR. It is about what’s right, and kind, and ultimately better for our society. Boy, do the left and right have different ideals on how to do this!