I’m all about lists, especially grocery lists. My grocery lists are in order of store appearance, based on a two-week meal plan, and separated into the different stores according to sales. EXCEPT for Grocery Outlet. 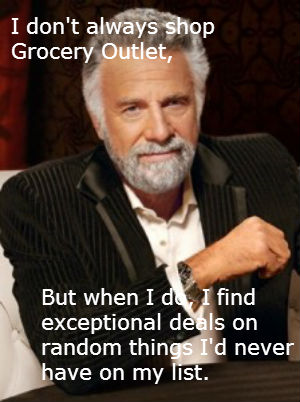 When I make a trip to my local Grocery Outlet, I find all kinds of things. Some of which are great (recently got 80 drink boxes for $12… and the expiration date hadn’t passed!), and others which are terrible (Sesame Seaweed crackers… never again). 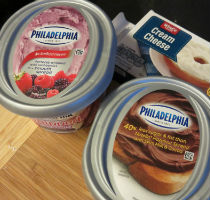 And so… I will share the secrets of my Grocery Outlet Cheesecake.

First, I put 1 1/2 cups of Keebler Graham Cracker Crumbs ($.50 at Grocery Outlet for an entire box!) in a bowl, added 1/4 cup brown sugar, mixed well. I then melted 7 Tablespoons of unsalted butter, poured it in and took a fork to the mix until it was thoroughly crumbly. 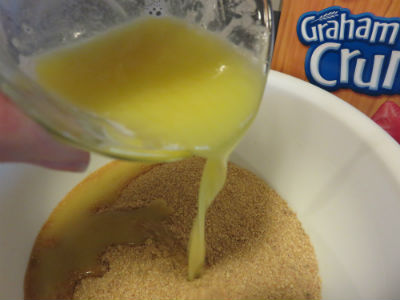 I put the graham cracker goodness in a 9″ pie pan, pressing a glass into the bottom to even it out, and used my fingers to press in the sides. It needed a little elbow grease… but eventually, it was pressed to perfection. At this point, it was time for the youngest to get her tap on, so I let the pie crust chill for about an hour while we went to the dance studio. I actually stole this recipe from an amazing blog, Crazy for Crust.

Then in a fresh mixing bowl, I combined 16 oz of regular cream cheese, the remaining Whipped Berry Cream Cheese Spread (I would guess about 6 oz), 1/4 cup sugar (organic cane sugar… buy at Winco in the bulk area!), 1 tsp Vanilla extract, and 5 TB 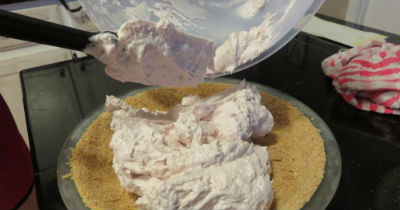 half and half (Organic, Quart for $1.49 at Grocery Outlet!), using a hand mixer for about two minutes, until mostly smooth.

I poured (more like pushed) the mixture into the chilled crust. I then ran to a PTSA meeting, so I let this chill. I’m thinking that it doesn’t need to chill at this point, but mine did.

Upon my return, I started on the topping to my delectable dessert. I mixed the remaining dark chocolate cream cheese spread (about 4 oz), 1/2 cup sugar, and 1/2 cup sour cream. I whipped it good with the mixer and poured it onto the berry filling.

To make it pretty, I put left over Oreo crumbs around the edge and a dollop of homemade raspberry jam in the center. Let it chill over night, or for at least a few hours. And enjoy! 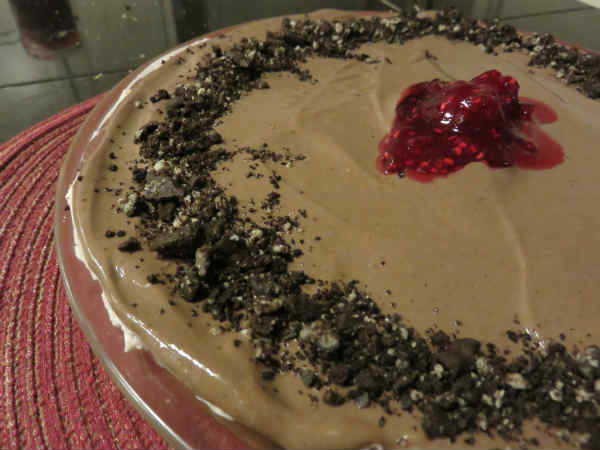 Would it win a bake sale? It wasn’t baked, so it may be disqualified from the get-go. Would I win a blue ribbon at the County Fair? Probably not. But, my taste buds are celebrating, and so is my pocketbook. And I avoided waste, which happens way to often at our house. Not to mention that I taught myself a lesson… that I don’t need a solid chunk of time, as long as I am mentally prepared, I can break the steps into chunks to fit my day. I’ll definitely be trying to do this more often. My Grocery Outlet Cheesecake was bred with the help of Winco clearance, and Safeway savings, put together with random rummaging of the kitchen, and every last cracker crumb will be delightfully consumed. 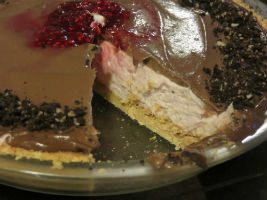 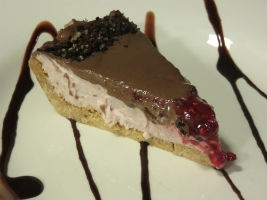