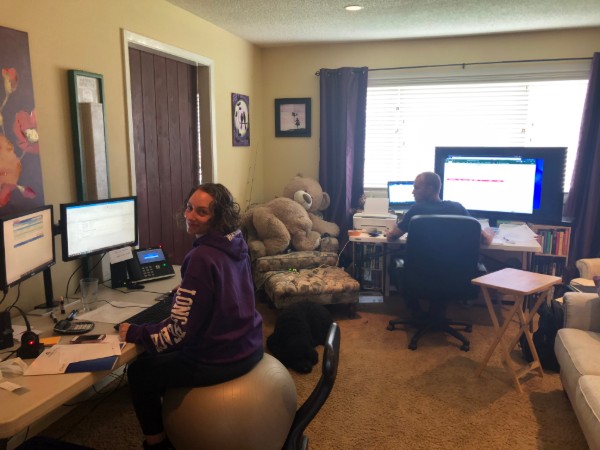 Today is Day Two of the Stay-Home mandate given by our governor, but my first day working from home. Jesse set me up with a banquet-table-desk on one side of our front room, and set himself up on another side, using our TV as one of his computer screens. It kind of feels like a makeshift, covert FBI operation center.

The morning started off really positive. I got up early, did yoga, sat in the sauna, spent time reading my Bible (has anyone read the book of Isaiah? I am pretty sure he looked like one of those crazy people on the street corners with the big signs saying everyone is going to hell. Don’t get me wrong… there’s some good stuff in that book. But a lot of scary doom and gloom too) and mentally preparing myself for the day. I was ready to rock and roll by 9am. I hit a few technical snags, but nothing new, and I took them in stride. I made breakfast while the tech team tried to fix my issue. And I thought, WOW… working from home really has its perks! Jesse apparently talks to himself, so whenever I had a customer on the phone, I had to notify him so he would not drop any loud f-bombs. 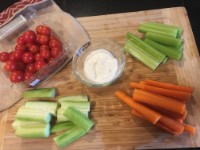 I put out fresh veggies to snack on and they actually snacked on them!

Abby, our doodle, had a doctor’s appointment. Alexis took her. We needed office chairs from my office. Ayden went and picked them up. What a team!

Phoenix had enough homework for an entire village, so we didn’t see her much. Just at dinner when she told us dirty college jokes… “What’s the difference between a lentil and a chickpea?” 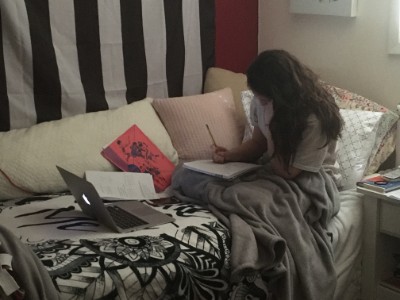 Then I was bombarded by a slew of begging from Alexis to give her permission to leave. I don’t necessarily agree with this lock-down. I don’t necessarily believe all the hype that’s out there about the coronavirus. But I don’t know the whole truth. I know that I don’t want to be responsible for anyone getting sick and heaven-forbid dying. I know that our governor says to stay home. So, we’re staying home.

I fluctuated between truly feeling bad for my extroverted, highly social 17-year-old, to wanting to go into her bedroom, take her phone and slam it into the sidewalk while screaming at her to think about someone other than herself. Jesse asked me if I was OK, when he realized I was intentionally breathing very slowly and deeply.

She told me several times that she’s just going to leave. I’m not sure what I will do if she leaves. I won’t physically restrain her. It is definitely in her best interest to stay in this house. I don’t know what the consequences will be if she leaves, but she will not like them. If this is how she’s acting at Day Two… I’m not sure what will be happening by Day 14.

Alexis did spend time in the right side of her brain today. She painted her bedroom door. I think Ayden is inspired to do the same. 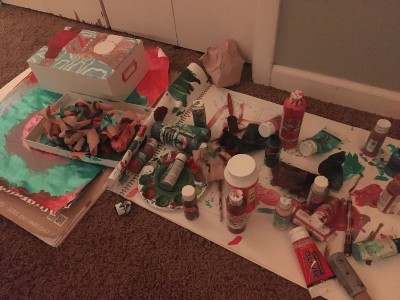 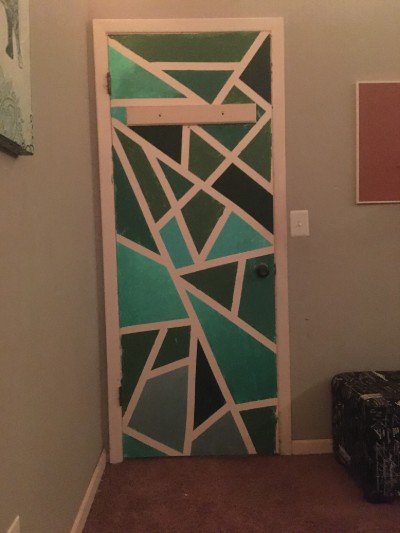 Ayden played video games most of the day. Early evening, he started following me around asking what he should do, saying he doesn’t know what to do with himself. He suggested going to play basketball with his buddy. Uh. No. 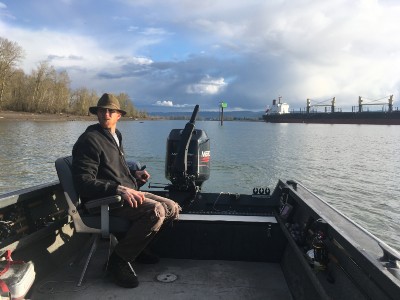 After work (lol)… Jesse and I went out in the boat. It was beautiful. The salmon were not biting, but the sea lions were sure out in droves!

I really missed my dad today. I just wanted to talk to him about our constitutional rights being usurped, about teenage angst, about fishing trips and sea lions, about family members I didn’t know existed, about coronavirus chaos. I wanted to hear him rant, to explain, and to comfort. It’s crazy that I’m almost 40, and that I still want my dad so bad.

Day Two started well, but is ending with tears. At least we’re all healthy 🙂 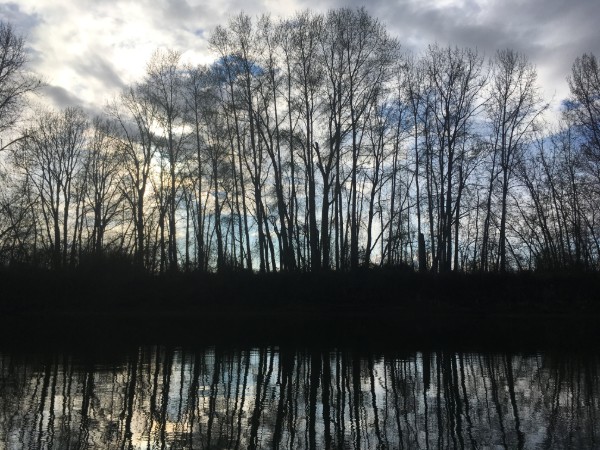